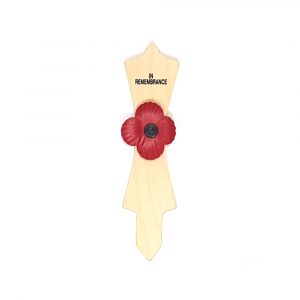 Kalwinder Singh Dhindsa, a school teacher, designed a special poppy holder for Sikhs to honour soldiers from their religion who gave their lives in the First and Second World Wars.

He felt compelled to design the Khanda poppy holder after a visit to the National Memorial Arboretum. He noticed the arboretum was selling poppies for other religions, but not one specifically to honour the 83,000 Sikhs who died in the two conflicts.

The design has a poppy mounted on the Khanda – a broadsword that is one of most important symbols of Sikhism.