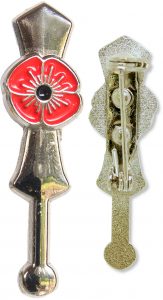 The Khanda Poppy Project was set up in 2012 to create awareness and help educate our community and children, and also the public about the immense sacrifices and contributions that the Sikhs have made to Western society, and that the turban is a symbol of protecting those freedoms.

World War One and World War Two saw 83,000 Sikh soldiers killed and over 100,000 wounded fighting for the British.

Following in the footsteps of the Gurus, this immense sacrifice has made a significant impact on the history of the world as we know it now. These sacrifices were made in order to defend and protect the freedoms of people living in lands and of faiths not our own.

As a community, it is right that we recognise and remember these sacrifices, and educate ourselves and our children.